Gaming fans were waiting years before Diablo III was finally released recently with development beginning way back in 2001, and the game being made official in 2008 by Blizzard. Today we have news of a new Diablo 3 soundtrack perfect for iOS devices.

There will be many gamers that purchased the game as soon as it came out would have already finished it at least once by now. Ahead of the games release it broke a number presale records, and also became the most pre-ordered PC game of all time via online retailer Amazon.

Now if you are a huge fan of the game and spend your time commuting to work and back each day we have news of something that may help you pass the time. The Diablo III soundtrack is now available via iTunes and features a total of twenty three tracks that score your epic journey through Sanctuary and further still.

The tracks are available as an album for Â£10.99 or $11.99 in the US, or if you would prefer you can purchase the tracks individually, and these are priced at Â£0.99 or $1.29 for US users. You even get the chance to preview each track before parting with your hard earned cash. The 23 tracks will be the ideal partner for Diablo 3 fans who own an iPhone, iPod, or an iPad. Users that have already purchased the tracks have given them favourable ratings so far.

To find out more and to download and purchase the Diablo 3 soundtrack click here. What is your favourite Diablo III soundtrack? 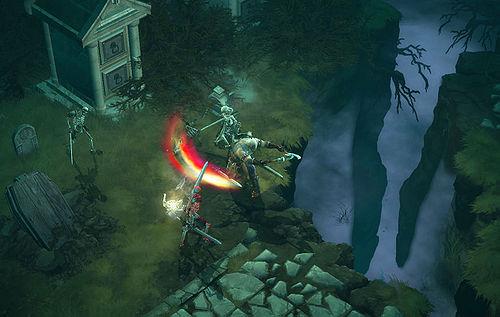