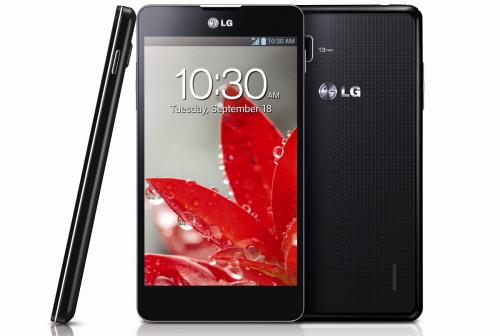 European consumers in Sweden will get first dibs on the handset this month shortly followed by other countries such France, Germany and Italy among others. The company has improved and enhanced the LG Optimus G that includes the Android 4.1.2 operating system straight out of the box, although the handset is being updated in other regions currently.

There is also the new QSlide feature that allows users to run multiple applications, with one app being a transparent window over the other. The transparency, position and size can be adjusted by the user, and works with apps such as the browser, calculator, calendar, memo, and the video player.

Another feature is Safety Care that sends location information to selected contacts by SMS, such as when the handset is not used for a certain length of time, if the user has ended a call with a certain contact, and if the emergency services are called.

Privacy Keeper will allow users to hide caller information for incoming calls, but display it by swiping the icon on the screen, and there is also Google Now and expandable notifications. The hardware specs remain the same though and feature a 4.7-inch IPS touchscreen display with a resolution of 1280 x 720.

Under the hood is the quad core Qualcomm Snapdragon S4 processor clocked at 1.5GHz, and paired with 2GB of RAM. There is also a 13 megapixel rear facing camera and a 2,100 mAh battery unit, and below we have embedded a video that is showcasing the new features added to the phone.

Will you get the LG Optimus G?