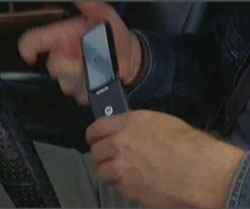 The Motorola KRZR K1m was released October 2006 but the Lost island sequence are set in late 2004 so in fact the flash backs are before 2004 so how on earth would he have the phone.

What are your views of this matter?

3 thoughts on “Mega Series LOST Screw Up with Motorola Error”