Android prototype from Willcom running on a FreeScale CPU 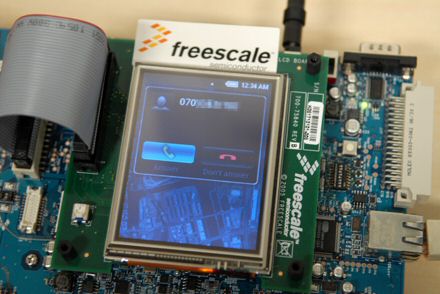 Well behold Willcom from Japan because they have just demonstrated what appears to be a prototype of the Android reference board running on a FreeScale CPU (Picture clearly shows that).

In fact it seems all good because the new unit was shown taking a call whilst running Google Maps, this really did show off the operating system’s multitasking abilities. More pictures via the source link below.