So many new colours are coming to mobile phones which many will be getting bored of now; mixing and matching colours to give you a better looking mobile phone is what manufacturers are doing to entice you their way.

So what have Samsung got up their sleeve then? Well they have what they call “Secret Color” which is on the SPH-W3600 and SCH-W360 sliders which are mobile phones for the Korean market, many of you probably hate the look of the phones not alone the colours, but hey ho everyone to their own as they say. 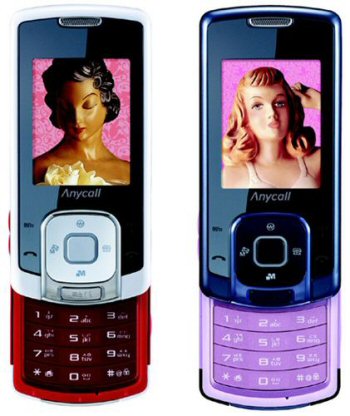 These phones feature a two tone colour design, the Secret Color Phone will come with four different colours of keypad which include red, green, pink and blue, some of the features include vibrating touchpad, supports up to 7.2Mbps data transfer speeds, two Bluetooth connections simultaneously in order to share music between friends or couples.