In today’s world if anything isn’t tied down to a patent someone bound to file a lawsuit somewhere along the line for some reason or another, and it appears this has happened yet again to Apple. In Massachusetts, Romel Figa of Abraham and Son has filed a suit naming Apple and claim certain Apple phones infringe on Figa patent which displays the incoming contact’s name alongside the number. 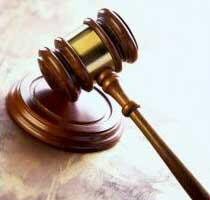 It appears that yes Apple does touch slightly on the patent, just like most mobile handsets coming out these days by displaying numbers as well as caller names, that’s if the caller’s number is in the iPhones database.

Apparently Figa has been in contact with Apple wanting some kind of licensing deal, however Cupertino answered they are not prepared to form a deal based on Figa’s offered terms. So the lawsuit has been filed and includes a jury request; thing is if Figa are victorious in this then maybe Apple will be force to stop selling the iPhone, but my guess is a settlement will be reached before it goes that far.