With iFund stumping up a cool $100,000,000 for future development of the iPhone, new ideas are bound to happen, and Box Fab has stepped up to the plate, and announced a few of their own iPhone ideas, one being the 3D Virtual Reality head-mount for the iPhone.

What is it? Well, Box Fab wants to bring the virtual 3 dimensional world onto the iPhone for users everywhere. Box Fab envisions having the iPhone as an image plate which will then clip to the head-mount then the user can go about their day in virtual reality, and all for just $200. Box Fab says of the concept: “a virtual reality head-mount which the iPhone clips into instantly becomes a networked, head-tracked, virtual world’s viewer.” 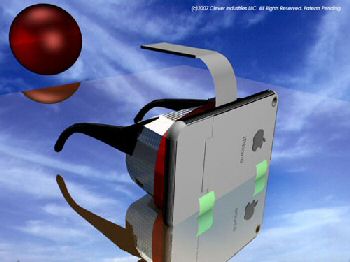 Apparently this head-mount will use the iPhone’s accelerometers to translate head movement into VR movement while simultaneously being networked with other in the VR world. And with its price range it does sound exciting, but as with all things new, it will probably have a few downsides. For one, Doc over at Macenstein points out that while your iPhone is clipped to your head it is somewhat difficult to use its multi-touch display; so just maybe this one needs a little more thought.

Then Box Fab hit on another idea, an iPhone video conferencing camera, now that’s not a bad idea. Anyway this is a clip on lens camera which enables the user to point the internal camera back at yourself to enable live internet video conference calls. WiFi only though. 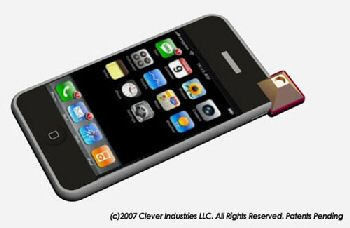 So next Box Fab comes up with the iPhone LED Flashlight, a practical idea at least. So what does Box Fab envision on this…of course it’s, “a plug on adapter that lets the device project laser or LED light patterns on the walls or ceilings in time to the sound output without the need for an electronic connection.” 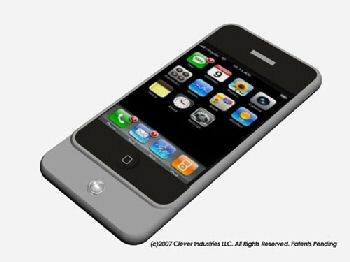 Some good ideas, but would you want them? And that’s assuming Box Fab can gain Apple’sÂ  “Made of iPhone” agreement to actually mess around with the dock connector. At the moment these ideas from Box Fab are just that, ideas, but they are hoping someone will pick up one or even all three and run with it.