SWAT comes to the mobile handset

An announcement today from Vivendi Games says there is a new mobile game based on the SWAT franchise heading for mobile handsets; this new game will feature an ‘Instant Tactical Decision’ system whereby it makes it easier to make a snap decision. The SWAT based mobile game will allow the user to save hostages, defuse bombs, use an array of weapons such as pistols, stun guns and flash grenades all while traversing through sixteen differing levels.

President of Vivendi Games, Paul Maglione said: “Fans of the SWAT franchise will be thrilled to get their hands on the next installment of the action-packed mobile game with more intense combat and gameplay features. With advanced features like the “Instant Tactical Design” system and an easily accessible control scheme, the SWAT series continues to be a favorite among casual and hardcore gamers alike.” 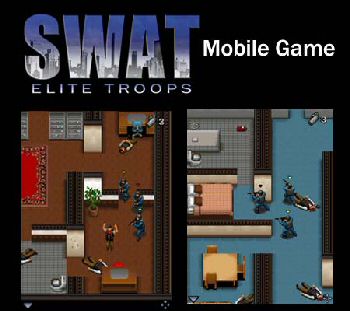