The Sony Ericsson Z750a mobile flip phone or clamshell as the Americans call it is coming to AT&T early April it has been reported.

Ok there are many different colours to choose from which is a great start, the features include a 2 megapixel camera, Memory Stick Micro M2 expansion, stereo Bluetooth, OLED external display cleverly concealed by the phone’s translucent casing, HSDPA 850 / 1900 and 3G action plus media player. 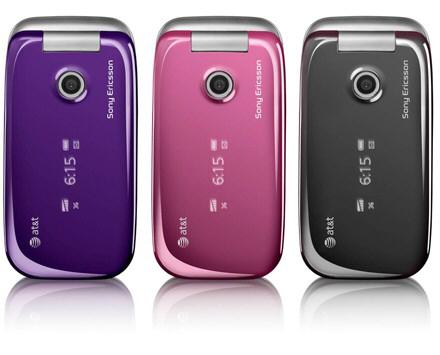 Sony Ericsson will be offering the Sony Ericsson Z750a for $49.99 after a $100 rebate, now that is a bargain. Hey Sony if you want us to review the phone for you, send us one.