If this image were real Apple would have had it removed instantly via several huge lawsuits no doubt, and making sure it didn’t see the light of day in the internet. As it is it’s probably a master Photoshopist at work, or even a cleverly modded iPhone, or even a mixture of both.

But the one thing it does is give a jump off point for discussion into the materialisation of what has become known as the Apple iPhone 2 in the coming future. 3G is definitely on the cards but just what will its physical appearance be like, what changes will Apple make to its outwardly appearance? Your guess is as good as mine! 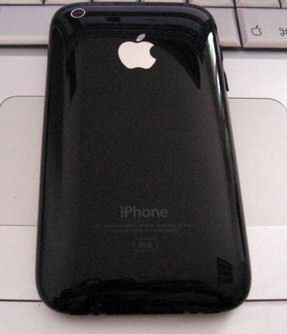