Based in the UK Bowers & Wilkins are renowned amoungst audiophiles across the globe for reference grade Hi-Fi home theatre speakers; if you are old enough you may remember the B&W Nautilus released back in the 90’s and now considered the flagship of true audiophile’s speaker.

Well Bowers & Wilkins have decided to step into a new niche, and have applied their expertise to the portable music market. Bowers & Wilkins has recently launched the B&W Zeppelin Speaker Dock, which brings B&W’s stylish design and fantastic audio reproduction into the Apple iPhone and Apple iPod markets. 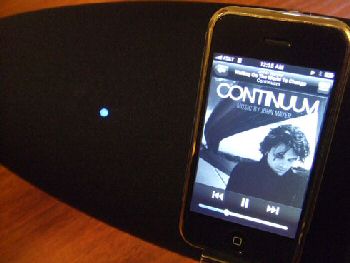 The Zeppelin, being constructed by B&W means it has been made to the highest acceptable standards and has a built-in amplifier and speakers which are shielded from electromagnetic interference. Although designed for primary use with the Apple iPod the Zeppelin works well with the Apple iPhone.

While some “Made for iPod” dock systems need the user to switch the iPhone handset to “Airplane Mode” if you wish to use your iPhone handset, and thus ensured the iPhone’s cellular radio becomes disabled then cellular signals won’t bring annoying interference to your iPhone.

The first thing you notice about the B&W Zeppelin is that the images you see online certainly don’t do it justice; the superb craftsmanship put into the device, its tasteful mirrored stainless steel body, and the attention to detail make this a fine piece of equipment to own.

There are four components in the Zeppelin package; the unit itself, the power cord, the remote and an additional Zeppelin stand along with full instruction book, but using the B&W Zeppelin is so easy you won’t really need to look at the instruction. 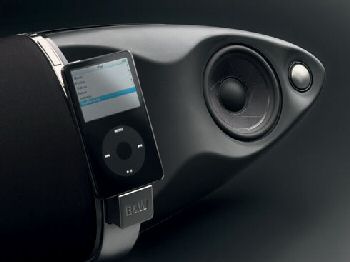 As previously mentioned, the Zeppelin isn’t specifically designed to use with the Apple iPhone handset, but because B&W has shielded the speakers and amplifier against electromagnetic interference, maybe B&W had sneakily planned for it to be used with the iPhone as well as iPod but didn’t wish to pay Apple another licensing free so it could be certified as “Made for iPhone.

Whatever the reason, the Zeppelin does indeed work with the iPhone and flawlessly too. The user doesn’t need to enable the “Airplane Mode, r even be force to listen to that awful mobile phone signal “buzz”, because when you gain a call the movie/music playing on your handset is muted and a prompt to answer the call is given. The Zeppelin, being a fully featured dock also charges your handset while in the cradle and even the Zeppelin’s remote can control your iPhone. 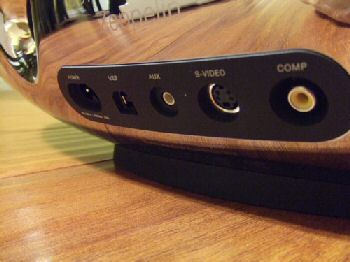 As for portability, well the Zeppelin is kind of on the heavy side, a tad oddly shaped and has no carrying handle. It is 8.2 inches deep, 6.8 inches tall, and 25.2 inches from tip to tip with a weight of somewhere around 16.5lbs. The design is simple stunning, sleek much like the Apple iPhone, no extraneous controls or superfluous surfaces, just a modern classy minimalist design.

The Zeppelin’s components are meticulously constructed from high-quality materials which have a solid and expensive feel, and when it comes to high-quality and luxury markets the Zeppelin’s material quality is a benchmark from which to judge. All that’s needed once the Zeppelin is out of its box is to hook up the power cord, slip your Apple iPhone handset into the cradle and that’s it, ready to rock. 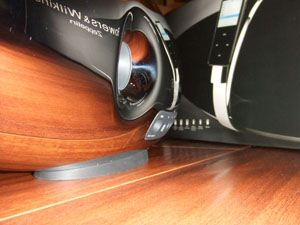 Sound wise the Zeppelin is absolutely amazing; you won’t receive the same performance as a 7.1 surround system, but the Zeppelin will definitely hold its own with deep strong bass underlines and crystal clear high tones while the mid-range woofers produce warm tones. These mid-range woofers are constructed of fiberglass which is impregnated with resin and coated with polymers which produce a semi-flexible cone that produces the warm tone effect. While the bass is delivered by a 5 inch subwoofer which will not deform under pressure, which means great sound without distortion, which is what the B&W Zeppelin is all about. 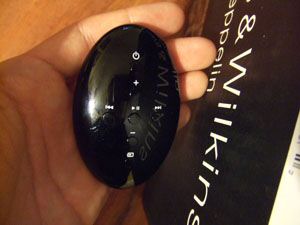 The Bowers & Wilkins Zeppelin Speaker Dock will set you back a tidy $599.95