Don’t know who, but someone has been auctioning off the unlocked BlackBerry 9000 mobile phone on eBay, however this auction has suddenly come to an end. Not sure where this originates from be it RIM insider who was trying to turn an extra buck in advance of any carrier standing a chance, one thing is for sure whoever it was knows their stuff.

The action images look really legit, same goes for the spec sheet. Apparently the BlackBerry being auctioned off has 3G, WiFi, EDGE and Bluetooth, but it’s a good guess there’s HSDPA in there too for GSM/UMTS networks. It will still be a while before RIM shower us with their next generation mobile handset, but to appease you a little there is a video compilation of the BlackBerry 9000 images below. 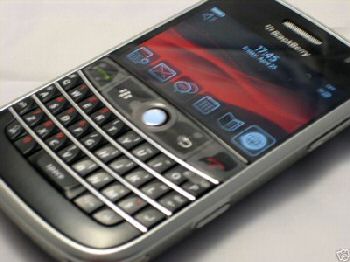