N-Gage games to be allowed on other devices says Nokia

A couple of days ago some Nokia enthusiasts started shouting the odd about having their Nokia N-Gage games locked it one device, well it appears Nokia has responded by announcing they are to make sure that N-Games can now be transferred between multiple handsets.

Previously, Nokia has stated N-Gage titles are tied to the mobile handset which has been purchased:

“N-Gage activation codes only work on the device where they were first activated. As with any digital media there is a potential risk of piracy and this policy is one of the ways Nokia is dealing with piracy and ensuring partners receive their rightful revenues from its platform. If users need to repair their device, the activation codes will be reissued. Also, if you purchase a new N-Gage compatible device, you will need to purchase your games again.”

However due to Nokia fans’ shouting the odds over being forced by Nokia to re-purchase games for new handsets, Nokia has quickly done an about-turn and backpedalled on their original announcement. In the near term games can be transferred via Nokia customer service, although Nokia is working for a long-term solution which will make N-Gage games transferrable and thus make sure N-Gage users can play any purchased game title on multiple mobile handsets. 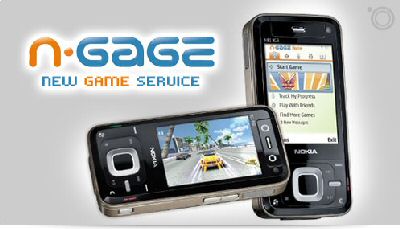 Here is a quote from what Nokia had to say about the transfer of N-Gage games:

“We have noticed a number of media stories about N-Gage game transfers and wanted to clarify the issue. Due to copy protection, N-Gage games, like most mobile games, are linked to one device. As the value of content increases, a robust copy protection mechanism is essential as it makes it possible for the games industry to invest in N-Gage content.

We acknowledge our customers’ concerns and have been working on a solution that would allow people to transfer purchased N-Gage games to a new Nokia device. We are working with our Nokia Care Centers with an intermediate solution to enable the licensed transfers of games until a final solution is ready to be deployed.

We apologise for the confusion around this issue and look forward to delivering an appropriate solution to transfer purchased N-Gage games to new Nokia devices.”

Just when Nokia will actually allow the transfer of N-Gage games to commence is still unclear, having said that, it shouldn’t take them too long to sort out. It is good for once to see such a huge company as Nokia listening to what their customers want, and well to be honest, once a customer purchases a game title shouldn’t they be allowed to do as they please with the software?