There seems to be some inventors out there in the big wide world who have no idea of safety when driving, either that or they actually believe these things would work, or maybe they were simply blinded by the cash potential. Who knows what brings these ideas into the “mad inventors” brains, but just to enlighten you they do exist here are a few.

First up is an unbelievable patent for a steering wheel mounted mobile phone holder. Now the inventor of this little item must have surely put their own life at risk when test running it. It is designed to attach your handset to the car steering wheel and supposed to be for easy access, but there is a distinct lack of safety here.

The patent document for this particular actually showed the inventor moaning how their mobile handset was being hindered while having to simultaneously operate the vehicle! Was this guy on some king of narcotic?

“Certain objects, such as notepads, maps and cell phones, are commonly used within a vehicle, whether during longer trips or on a day-to-day basis. However, the layout of many vehicles, in particular automobiles, is rarely conducive to the use of such objects. Typically, vehicle interiors lack any space in which the object may be placed for easy access. Moreover, the use of such objects is often hindered, since the occupant must often simultaneously operate the vehicle.” 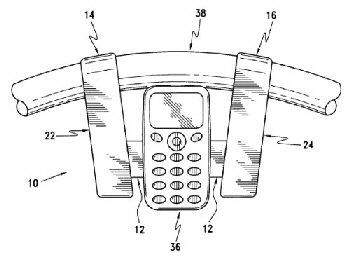 Next up is a seatbelt mounted mobile phone holder; again not really the safest of mobile devices but less dangerous I’d say than the one above. To use a mobile whist driving it is usually necessary to take one hand off the wheel and scramble about for your handset when it rings. This particular inventor sort of solves that problem with a Â£5.00 seatbelt holster that places the mobile phone directly in front of you. Not something the police would particularly approve of should they have cause to pull you over. And even with this, one would still have to take the mobile out and use it.

Next it the smokers phone to hold your cigarettes. Ok well yes there are probably millions of people who smoke and use a mobile phone, but seriously, combining the two isn’t that sensible an idea. What light up a cigarette and speak on the phone while at the wheel? I’m sure the driver’s concentration would be on the road ahead and on nothing else, yeah right!

Besides, would anyone actually purchase this? 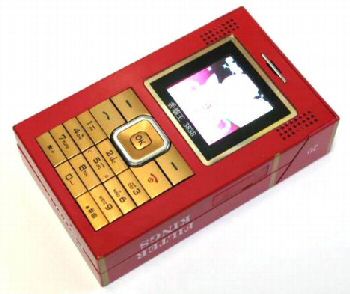 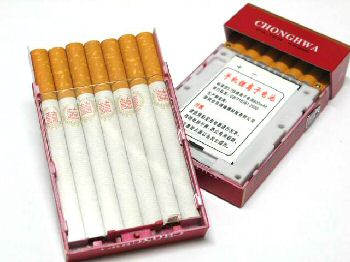 Taking all this into consideration, and the dangers of using a mobile phone whist driving it is much simpler to use one’s common sense and not use a mobile phone when in charge of a vehicle, or just get an approved hands-free kit.

There are a few more of these crazy accessories, and if you’d like to see them go here