Daniel Fukuba, 17, Eric Vicenti, 16, and two of their friends where apparently smart kids, smart enough to realise jailbreaking an iPhone is the way to go. So that’s exactly what they did, right there in the Apple store, and what’s more they even installed the Raging Thunder game.
When the store manager eventually decided to ask if they needed any help, they actually answered truthfully by saying that they were “playing around with the iPhone.” 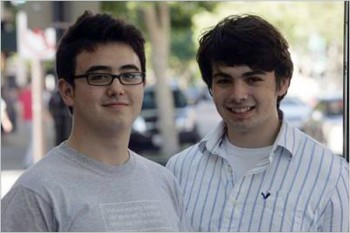 Shortly after the teens left the store the manager must have realized because he went after them, and ordered them back to the store where he proceeded to lecture them on the dangers of hacking the Apple iPhone then he photographed them and said the photo would be distributed to all Apple stores, and they would no longer be welcome.

Fukuba told the Palo Alto Daily News. “We’re halfway down the block when the manager comes running out and tells us to ‘stop right there.'”

However, a spokesperson from Apple denies the teens account, and gave a very brief statement to the Palo Alto Daily News: “They were not banned from that store or any other store.”