Apparently researchers have tracked the locations of 100,000 people outside the States via their mobile phones, and have come up with the conclusion that most don’t stray too far from their homes. So are you just a statistic or a specific example? That is the question being asked after this movement study.

In the United States, such movement studies are considered invasions of privacy, and thus are illegal, however apparently this one was done in some undisclosed industrialised nation. Whereby the 100,000 study subjects were apparently chosen out of a pool of six million individuals from a mystery wireless provider, and then tracked based on mobile tower triangulation and other “tracking devices.” 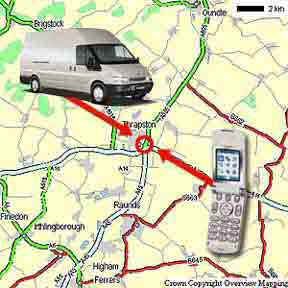 Northeastern University study co-author Cesar Hidalgo has promised that researchers had no knowledge of individual’s mobile numbers, or identities, and backed the case study with the results being a major advance in science. The results showed that most people are homebodies and mostly stay within 20 miles of their home. The scientists are apparently claiming the findings, which are to be published in Nature, can help improve public transit systems and even maybe fight contagious diseases.

The thing about this is, if it is illegal in the States to do such a thing then why are they being allowed to publish the findings? Why haven’t they been prosecuted for invasion of privacy? Also, this study was funded by the U.S. Navy, why?

Doesn’t this actually stink of big brother via mobile phone?