We are still reporting news from the WWDC 2008 and just a few seconds ago SEGA’s Ethan Einhorn discussed how impressed he was when he saw that they were coding Super Monkey Ball for the Apple iPhone. 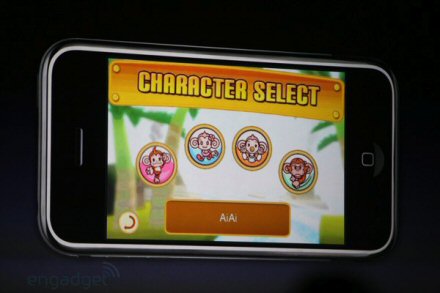 The game is now complete, SEGA’s Super Monkey Ball is back people and for $9.99 from the official App Store you can have it on your Apple iPhone, this code took 95 days to complete. 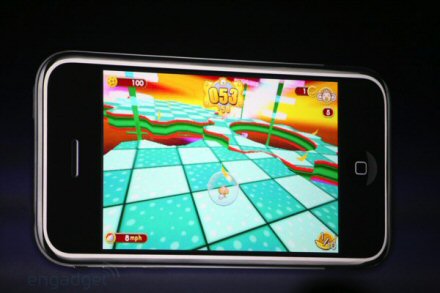 It is because of the development that the game was so quick and that they could add loads of levels and it has over 100 of them at that, Ethan was seen on stage at WWDC playing a Super Monkey Ball level, tilting the iPhone to move through. This is great news for people who want to play games on the move with their iPhones. The graphics look unbelievable compared to anything that we have seen before on any mobile phone. The games graphics look like something from the Nintendo DS. Now that thousands of people are building apps for the Apple iPhone, we should see many more games like Super Monkey Ball and your iPhone might just become like a Nintendo DS. There is another game which is a driving game called Cro Mag Rally, in 3D.