Paul Thurrott runs the SuperSite for Windows and has some advice he’d like to share with potential Apple iPhone 3G wannabees. Paul says: “I cannot stress this enough: You need to get an iPhone. Sooner rather than later. With Apple dropping the entry price on this innovative device to just $200, while fixing all of the major issues I described in “How Apple Can Fix the iPhone in 2008,” there are precious few reasons to ignore this seismic shift in mobile and cloud computing. (One potential reason is the cost of the data plan: It looks like the minimum monthly outlay for an iPhone in the US is going to be $70 before taxes, about $10 more than it was before.) I’ve said it before and I’ll say it again: The iPhone is a dramatically important computing platform and one you should not ignore. Trust me, once you’ve used an iPhone, that Blackberry or Windows Mobile device you’re settling on now will seem like ancient Soviet-era technology by comparison.”

Paul Thurrott stresses furthermore: “Despite some fears about the monthly cost of owning an iPhone, the iPhone 3G appears to eliminate virtually every major complaint I’ve made about the original device. As a result, I’m almost unreservedly excited about the iPhone 3G and implore you to seriously consider making the switch. I’ll have more information about the iPhone 3G in the SuperSite Blog and in an upcoming MobileMe preview before my final review hits next month. But don’t wait on me: It’s time to start evaluating Apple’s innovative new smart phone. Finally, the iPhone really is the smart phone for the rest of us.” 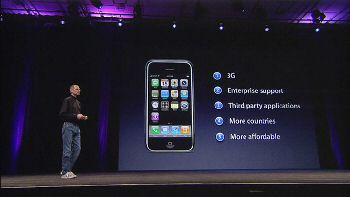 Seems like Mr. Thurrott is somewhat excited with the new Apple iPhone 3G, and if you would like to read more of his thoughts on the iPhone 3G head on over to Paul Thurrott’s SuperSite for Windows.