Nokia have just released an update, the update is a brand new version of the Nokia Music PC client, the latest update will improve many things including fixes over one hundred defect bugs.

Things they have indeed solved include a very large number of stability type defects which is know as the “Unknown Artist” bug, plus a few more issues around device connection. If you wish to upgrade to this all new Nokia Music PC client version then all you need to do is install the new one over the old version for Windows XP users, if you are a Windows Vista user then you will need to uninstall your old Nokia Music PC client beta version first and then run the new installation file, just go into your Add/Remove programs to uninstall. Functional changes since the previous version include a new ‘lighter’ colour scheme and support for ripping to AAC/AAC+/eAAC+ format. The new version is also a beta version, where Nokia will release another Beta update after 28th July. The Music Store integration might get activated after 28th July. 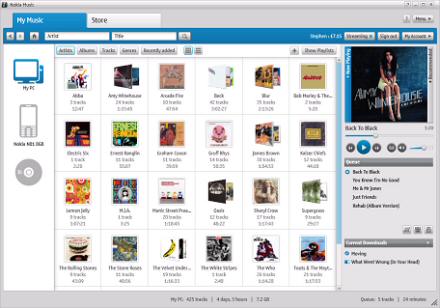