Samsung i900 Omnia vs Apple iPhone in images: Twins perhaps?

It certainly does look like Samsung formulated their i900 Omnia mobile phone with the Apple iPhone in mind, the mobile handset looks and feels so much like the Apple icon that one could easily believe that maybe Samsung worked off of Apple’s blueprints, well that’s the sense one gets anyway when comparing the two.

What we have for our readers today is a few yummy images of the Samsung i900 Omnia backed up against and compared to the Apple iPhone, (it’s almost like looking at a set of twins) The Samsung i900 Omnia offers up its cool 5 megapixel camera, and that sensationally cool TouchWiz user interface, and thus makes one feel that just maybe Samsung are onto something with this baby. 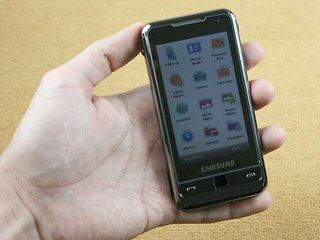 Of course with the nice DivX certification that we previously reported on (see here) it doesn’t hurt the appeal of the Samsung i900 Omnia one bit does it. 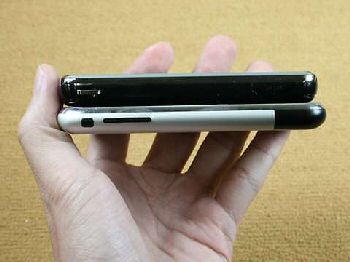 So take a real long good look at these photos comparing the Samsung i900 Omnia against the Apple iPhone, think about it for a while, and then decide if you think they are as similar as we do. If you agree then feel free to drop us a line expressing such. 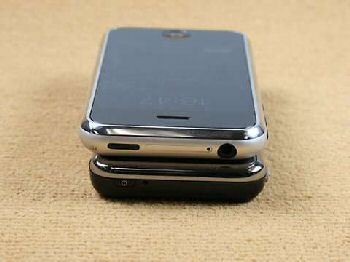 Oh, and no we don’t honestly believe for one minute that Samsung were privy to Apple’s iPhone schematics, just so you know. 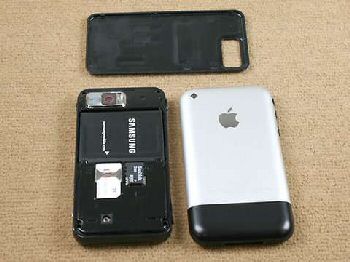