The Wall Street Journal’s Walt Mossberg has posted his official review of Apple’s latest shiny new iPhone 3G, and here is what he has to say about the Apple icon, along with a video review from Walt.

Watching the video, Walt is mostly positive about the style and usefulness of the Apple iPhone 3G. He states the 3G speed is a great improvement over the original iPhone with five or more times faster data speed. 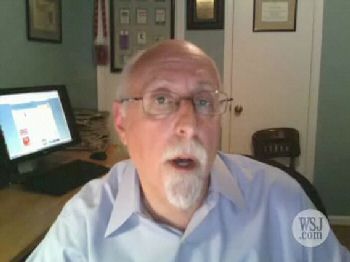 Although he does point out a couple of “downsides” to owning a new Apple iPhone 3G, for one, although Apple have introduced a lower entry price with AT&T, AT&T have raised data plan charges, thus over the course of a 2 year contract the iPhone 3G user will actually be paying more.

Then there is the Apple iPhone 3G’s battery life; Walt tested the iPhone 3G over a couple of weeks and found that on occasion the iPhone 3G lost its charge completely by the end of the day and also almost lots completely on other occasions, and as the iPhone 3G doesn’t incorporate a removable battery constant need for charge will probably be required.

Watch the Video to learn more. And for full review see ptech.allthingsd.com

Furthermore, the New York Times’ David Pogue has also sort of reviewed the iPhone 3G and has stated he believes the GPS antenna is “too small” to function as a proper GPS?

While USA Today’s Ed Baig says “the new model is worth the wait” but reckons he had a little trouble receiving 3G service at particular locations, although that could be due to either technical issues or lack of coverage with his test set.