DIY Bluetooth handgun but may get you arrested: video

This is a novel idea, but the chances of being stopped by the cops every time you use it doesn’t quite attract as much as it should. Yes, believe it or not this happens to be a Bluetooth in the shape of a handgun!

No you can’t just go out and buy one, because you have to build it yourself if you want it. But as far as DIY modifications go, although time consuming it doesn’t look that difficult, so you too could soon be strolling around holding a weapon that could get you arrested on sight in this country. 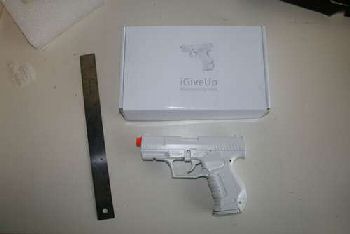 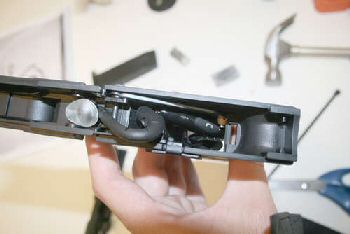 Apparently materials required will be a Jabra BT250v Bluetooth headset, HFC Walther P99 look-alike airsoft gun, hammer, pliers, Philips-head screwdriver, Mana Energy Potion (that’s to keep you awake)
Apparently there is also a kit instruction for painting it white so you can call it iGiveUp which is a Bluetooth Handgun for the iPhone!

To be honest I think it is all a bit silly, but then again there are those out there who would most probably die to be able to have a gun shaped Bluetooth.

Full instructions can be found here, and there is an iGiveUp video below.