If you are an iPhone 3G-er then you probably know just how powerful the iPhone is at web surfing, media, and gaming. Apple has paired a powerful set of processors which graphic acceleration tech along with its multi-touch display, which makes the iPhone 3G ideal for mobile gaming. mobilecrunch.com

In fact, the iPhone 3G is so good for mobile gaming that according to a report on mobilecrunch.com, John Carmack, he of Quake fame, went on record as saying: “The iPhone is more powerful than a Nintendo DS and PSP combined.” 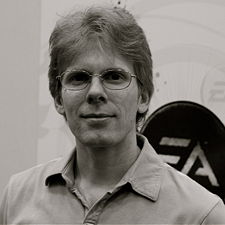 Apparently, Carmack also when on to compare the Apple iPhone 3G as a gaming platform to that of the SEGA Dreamcast gaming console, and was also comparable to Microsoft’s Xbox and the Sony PlayStation 2.

Huge statements coming from the co-founder of id, the creators of the more hardware intensive gaming titles available today.

Carmack also says Apple needs to seriously look at their stance on iPhone gaming as they aren’t always helpful to game developers like id, who are looking to make “game changing” software for the Apple iPhone.