During the Beijing 2008 Olympic Games ZTE Corporation is enhancing the viewing experience of 3G mobile TV as it officially brings out the U758 mobile phone.

The ZTE U728 handset is the mobile phone industries first TD-SCDMA TV mobile handset, which is a wireless mobile phone capable of receiving quality and crisp TV signals. 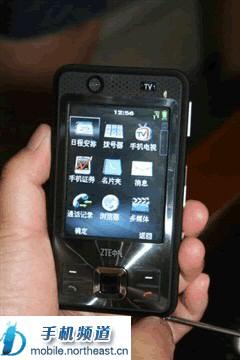 ZTE’s U728 supports China Mobile Multimedia Broadcasting mobile TV tech, and is billed at ZTE’s way of supporting the Beijing Olympic Games theme of “Technology Olympics” and should be available in time for said games.

The U728 is a dual mode wireless handset which supports TD-SCDMA along with GSM+CMMB with a 2.8 inch TFT LCD display, various 3G services such as WAP, JAVA, VP, MMS and video streaming.