One could easily glance at this mobile phone and think it is the LG Prada Mark II, but it isn’t. It is actually the successor to the much liked LG Viewty and is in fact the LG KC910.

LG follow on their acclaimed Viewty with this sexy looking quad-band GSM 7.2Mbps HSDPA handset wich is touch-screen based and a cool slim 14mm thick. 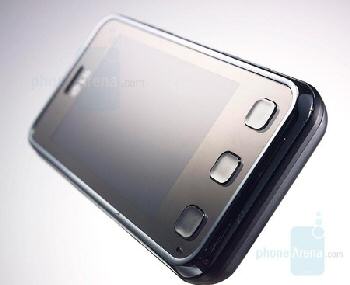 So what does the LG KC910 offer up to the user? Well the 8 megapixel camera with Schneider-Kreuznach lens and Xenon flash doesn’t go amiss, then there’s its 3 inch 400 x 240 resolution display.

So when will we be seeing the LG KC910 touch-screen mobile handset hitting stores? The word is to expect it sometime in October, and as usual all the specs but no pricing available at the moment.