Sign language software on its way to mobile phones? video

The University of Washington has announced that a team of engineers have developed mobile software which enables the hard-of-hearing and the deaf to use sign language over their mobile phones.

The team of engineers received a U.S. National Science Foundation grant for a 20 person field project which will begin in Seattle next year. 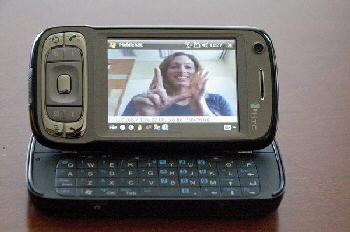 This will be the first time two-way real-time video has been demonstrated over mobile phones within the US.

Eve Riskin, principal investigator said: “A lot of people are excited about this. But the point is you want to be able to communicate in your native language. For deaf people that’s sign language.”

A researcher in psychology who is deaf, Jessica DeWitt, says video is far better than texting as it is faster and easier to convey emotion, a large part of her communication is using facial expressions, and they can be transmitted over video phones.

Apparently the team of research engineers have already contacted a major network provider who has expressed an interest in their project.