A designer has proposed a stunning concept mobile phone for the Finnish phone makers “Nokia”, the handset is called “Nokia BMW video phone”, what a concept phone it is as well, come on make the handset and I will buy one. 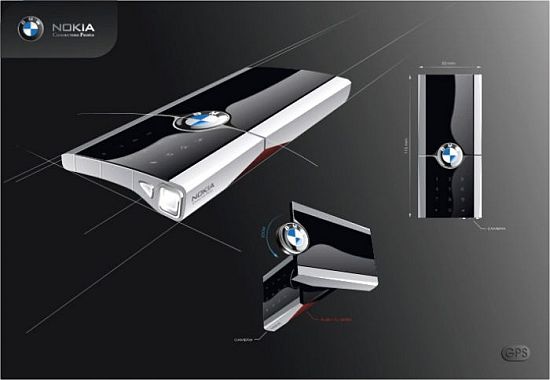 The Nokia BMW mobile phone has something stunning called “push to open” which is basically a mechanism that rotates 90 degrees which will turn it into a handy-cam. All we say is Nokia should pull their finger out and get this into motion before someone like Sony Ericsson steps up to the plate. Game On.