Leaked images of the Sony Ericsson Rika in red

Now here’s a nice surprise for Sony Ericsson mobile handset fans, an unannounced Walkman handset with the codename Sony Ericsson Rika has recently been spotted in the wild.

This Sony Ericsson Rika is in a sexy red, and there’s word that Sony Ericsson also has a silver edition as well, along with whispers that they even bring out other colours. 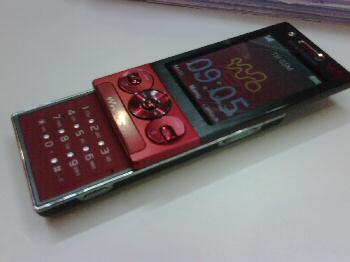