The BlackBerry Curve 8900 could easily be looked upon as a mini BlackBerry Bold, but looking at it from the Curve perspective it has a tighter form factor and feels better in the palm, better camera, better display, and faster processor. 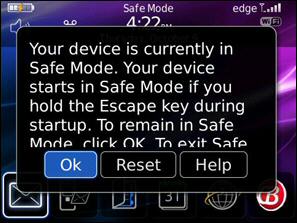 The New Blackberry Curve 8900 now has a 3.2 megapixel camera with flash and video recording, but has a slightly smaller display than the BlackBerry Bold. But enough from me, I’ll let you watch the video below…enjoy.