We have all been talking about the Google G1 now the last few months, and at first we knew the G1 as the HTC Dream, we knew that Google was behind it, but the rest was rumours and whispers, then finally Google announced after much anticipation its first move into the mobile phone market with the Google G1. High Tech Computers (HTC) manufactured the G1, hence the original code name the HTC Dream, and the smartphone works on Google’s open source android platform.

So the wait was finally over today for people who have been dying to get their hands on the Google G1, as the phone finally hit the shops London. The guys over at intomobile managed to take delivery of the Google phone this morning, stripped it out of its packaging and took some great first born pictures of it.

So here are some pictures for you to Google over. Let’s watch this baby grow, with a powerful operating system like android things can only get better for the G1, we believe this is the start of something very special as we can see so much potential in the Google G1. Scroll down to check out the photo’s. 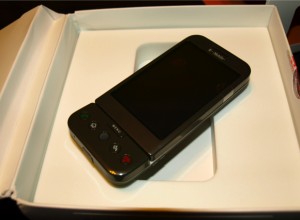 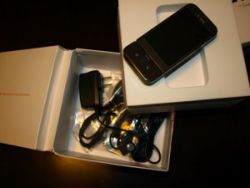 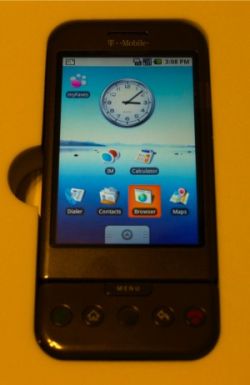