Research In Motion has already launched their pre-paid BlackBerry server in Indonesia which probably has a few other countries lining up foaming at the mouth. Pre-paid will take Research In Motion up to the next level and allows everyone into the game.

With RIM going pre-paid, even if you don’t have the perfect credit history, it opens up the BlackBerry to a whole new audience who maybe haven’t even considered a BlackBerry because it wasn’t pre-paid. 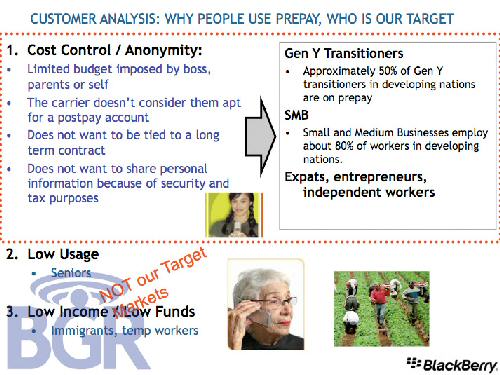 RIM’s strategy for the upcoming year seems to be along the lines of pitching to carriers, how RIM gets its revenue and when, and the target market of those on a more limited budget, people who just can’t get post-paid carrier credit or simply just don’t want a long term commitment.