Well according to an article on engadget mobile, it does indeed look like Sprint may well be getting their hands on the HTC Touch Pro2 as an official Sprint portal for the NASCAR Sprint Cup Mobile application. 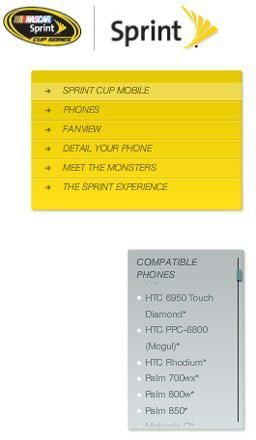