Say final goodbye to iPhone 3G and hello to 3GS

The iPhone 3G is becoming an old handset now that the iPhone 3GS is taking over, and while the idea of selling the iPhone 3G at a knock down price of $99 may well seem a good idea, 13 months after its arrival is a smartphone lifetime. 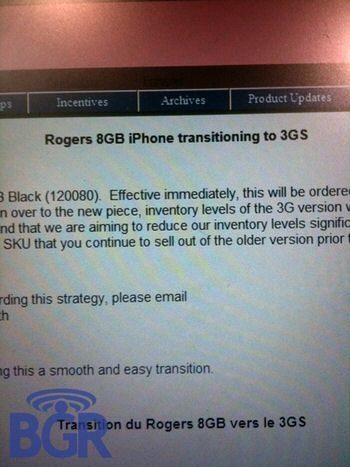 Obviously this move when it comes will leave the newer owners of the iPhone 3G a bit fuming, but they needn’t despair as the word via a Rogers screen is there will be a new entry level 8GB iPhone 3GS come available for under $100.