The word according to an article on tweakers.net is that the WiFi Alliance has let it slip that Toshiba is now working on a successor to the Toshiba TG01, the Toshiba TG02 smartphone.

Toshiba has apparently denied this and state the Toshiba TG01 is still going strong; however the WiFi Alliance has issued certification for the Toshiba TG02 which apparently has the codename of TM5-E001, and the FCC has approved the handset. 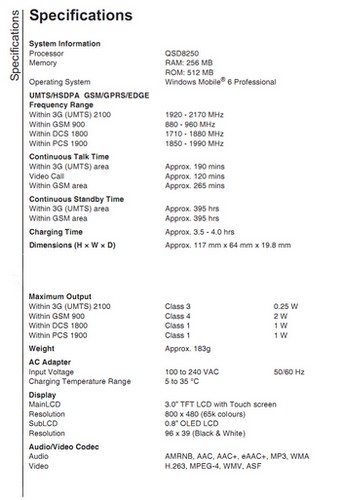 Rumour has it the new Toshiba TG02 will be a clamshell form factor with a 0.8 inch external display, 3 inch internal display, QSD8250 Qualcomm 1GHz Snapdragon chipset. No word on if or when the Toshiba GT02 will surface though.