The guys over at Crackberry have now posted several comparison photos of the new BlackBerry Pearl 9100 smartphone being compared against the BlackBerry Pearl 8130 handset and at first glance they aren’t too dissimilar. 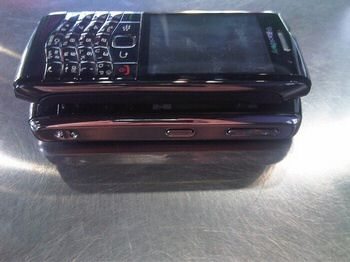 And of course the BlackBerry Pearl 9100 has a sleek narrow form factor which a most fierce looking QWERTY keyboard that really makes the device stand out and above the original BlackBerry Pearl.

Perhaps though now that the handset has changed from trackball to trackpad the guys suggest maybe it’s time to change the Pearl name to a manlier moniker, what do you reckon?