Nokia C5 Gets Pictured with Specs

So far, Nokia hasn’t quite got round to officially announcing their new C Series but the word is it is expected Nokia will reveal the Nokia C5 during Mobile World Congress 2010 in Barcelona.

However since when has anything stopped a few images and specs of an unannounced handset hitting the net waves? Which is was we have for you today as the guys over at daily mobile have managed to grab a few pictures of the Nokia C5 along with some specifications. 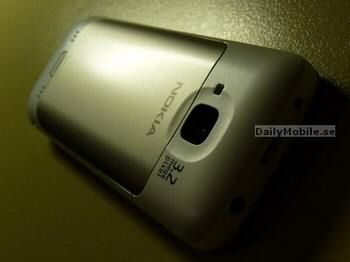 The Nokia C5 is reportedly a mid end handset, and that’s about all that’s know at the moment, but I’m sure we’ll learn more during MWC 2010.