Now we would like to turn your attention to the real and fake tit-bits about the upcoming new iPhone 4G aka HD aka 3GS2, we would like to chat a little bit about all the fake news and of course what we and others believe is the real news about this Apple smartphone.

Below you will see a number of photos that are both fake and apparently real. We visited ITProPortal and they have some interesting information about an iPad like iPhone device, which appeared online a few days ago that MacRumors are showing. 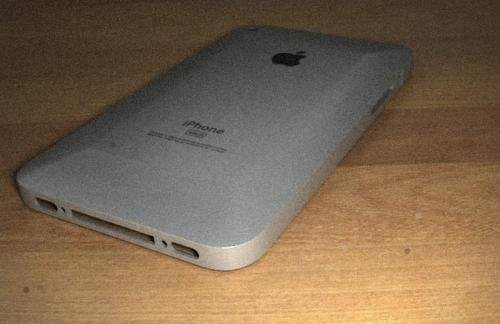 Is Apple gearing towards a 64GB model? Well let’s hope so as they say, the two pictures of the grey iPhone 4G is more of a square design unlike the normal rounded edges that Cupertino would normally design. You will notice in the above pictures a circular camera lens hole and even and space for the ring/silent switch, the volume rocker switch is also seen as well as speaker, microphone and dock connector. These images are photo-shopped and are FAKE.

Now if you look below you will notice photos that we have shown you about before, these images come via Engadget and are apparently the real deal. The new iPhone 4G will hopefully feature a front-facing camera, 64GB internal memory and we know for definite multi-touch is coming thanks to the new iPhone OS 4.0 software coming summer 2010.

Now we know for definite that the new Apple device will NOT have 80GB internal storage, and we are pretty certain it will not have a card slot for memory expansion, so this is FAKE. We also mentioned earlier today that the new iPhone 4G will feature Glass Radio Transparent Backing and SoC, we are not sure if this is real.

Then we move onto the name of the new Apple handset, will the name be iPhone 4G, iPhone HD or more recently mentioned the iPhone 3GS2? Knowing Apple they will call it something totally different to throw us a little.

The new iPhone 4G should be announced and unveiled at the Worldwide Developer Conference (WWDC), which will be held in San Francisco at the end of June, will its release date be June 22 or sometime in July, or even worse not in 2010 at all.

So there you have it a little insight about the new iPhone and its real or fake information. We would love for you to pop down below and give us your opinions of what is real and what is fake.

Update: We have been advised to take new iPhone 4G images down, sorry for the inconvenience