The new HTC Wildfire is hot on the press at the moment and has been marked, as a budget smartphone with stunning features, is it better than the HTC Desire, Tattoo or Hero?

We have already mentioned a little earlier about it will be coming to Europe and revealed a few specs for you, you can even watch the video preview here, click the links and see what you think. 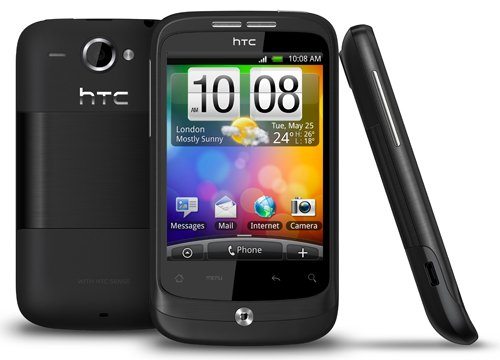 Gizmodo (Photo Gallery) has said that the HTC Wildfire has a very cool feature, and that is the new app-sharing widget that works well via texts, email and even Twitter, this is what makes this mobile stand out from the others named above.

It will come loaded with Android 2.1 but expect Android 2.2 update later in the year, this phone will release Q3.

TechRadar has a great hands-on review that they have put together and it is a good read and recommended, they quote

“Basically, it looks a lot like the HTC Desire, but it’s got a better screen than the HTC Tattoo and it’s packing the same processor as the HTC Hero… got all that?”