Let’s face it no matter what mobile phone hits the mobile arena if the Chinese knockoff merchants think they can make a buck or two from knocking off a device they’ll do it and basically there isn’t much a maker can do about it. But this time it’s not really a phone that’s been knocked off but rather a sports designer brand put to a handset.

According to Kat Hannaford over on Gizmodo and by way of M8cool, the Chinese knockoff artists have come up with a mobile phone called the Adidass808, which basically gives the phone a rather cool Adidas sneaker style casing. 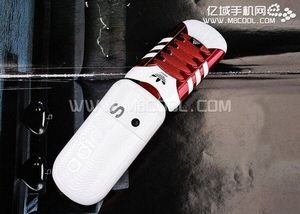 The Adidass808 is a clamshell device with specs such as a 3.5 inch display, dual SIM slots and a lowly 1.3 megapixel camera, but specs don’t really matter with this handset because it’s all about the sneaker casing that makes it a cool handset.

I must admit I have to take a second glance to make sure it was a mobile phone; sporting that ripped off Adidas logo and all. So given the opportunity would you grab hold of the Adidass808 to carry when you go jogging in your Adidas sneakers?