New details about the iPad 2 screen size has emerged online, there are many Tablet PC’s releasing this year such as the Apple iPad 2, Motorola Xoom etc but it seems to be the iPad 2 that is favoured the most.

New in from China there are pictures of the iPad 1 and Apple iPad 2 display screens sitting side-by-side and you can see the comparisons between the both, the pictures are via 9to5Mac and iFixYouri (Images below article).

9to5Mac say that they have acquired the iPad 2 LCD and must admit it looks like it is the display screen, but as usual we always step back a little until official information comes through. Do you think this screen is the real deal or just another twist to get your attention?

The iPad 2 screen showing below is just over 1mm thinner than the iPad 1 and it is also lighter, no one is sure if the screen is retina (Mystery) or not and the resolution is a bit of a secret as well.

Other than what you can read above you will have to sit back and wait patiently for official information to come through. However, we do know that the Apple iPad 2 is more popular than the Motorola Xoom (Check our poll). The iPad 2 production is apparently going to start in February so fingers crossed as they say. 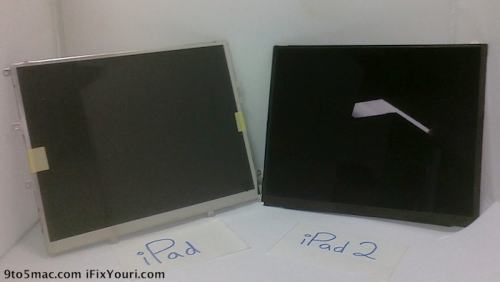 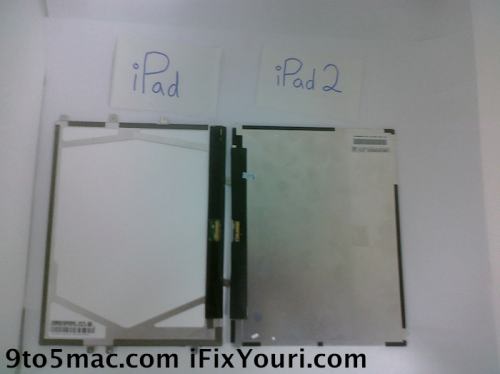 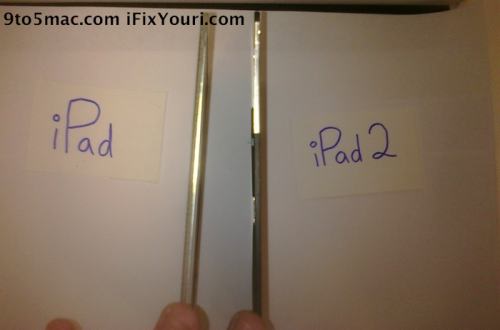 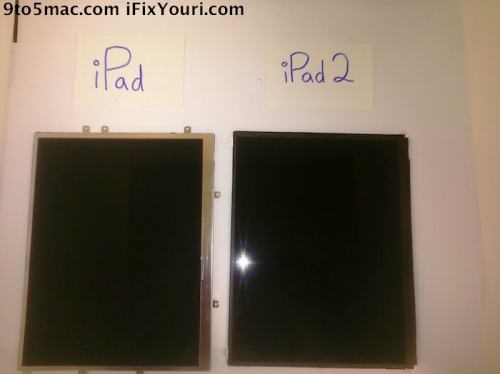 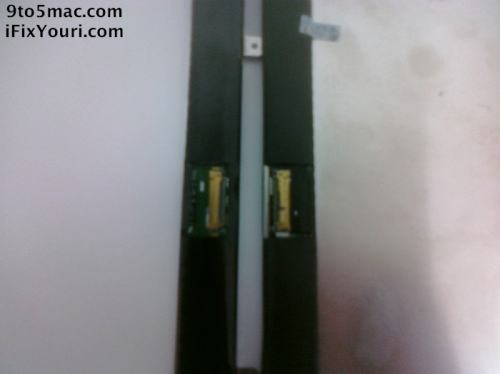