A Sprint Announcement at the ‘Making the Impossible Possible’ event will be surrounding the new Kyocera Echo Android smartphone, which is a dual-screen device.

The Sprint event that has been dated today (Feb 7) in New York City will have the presence of “Illusionist” David Blaine according to Huffington Post, the new dual-screen Kyocera Echo smartphone will be running Android operating system and will feature two 3.5-inch touch screens that can be stacked side by side.

You will be able to drag items from one screen to the second screen, which is a very good addition to smartphones. One screen will be tucked under the other one and will work on a pivot hinge.

We know if new smartphones get released it has to has something other big named smart devices has not got such as the iPhone etc, this is a very good idea being able to drag items across screens. 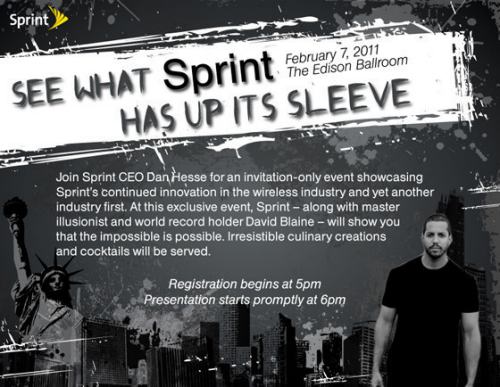 Goodbye conventional touchscreens and welcome to the new Kyocera Echo Android Smartphone, we will let you know more about the Sprint announcement when we get more news in. Please do post all your comments below.