When it comes to the new Apple iPad 2 speculations and rumours are quite dominant and that is why we are hoping new images of the screen protectors for the next iPad installment are real.

The reason we are hoping they are real because if you look at the images below you will notice an extra hole, yes this new hole punch in the iPad 2 screen protector is for the new front-facing FaceTime camera like the iPhone 4 so that you can video chat.

Thanks to Geeky Gadgets by the way of 9 to 5 Mac the later source got their mitts on the screen protectors that clearly shows the camera location, according to 9 to 5 Mac the new iPad 2 could and hopefully be a little bit taller and narrower than the current iPad. 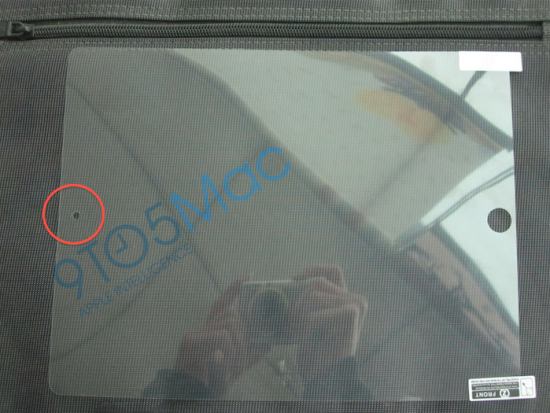 Apparently the SDK suggests that the iPad 2 will stick with the same 1024 x 768 display like the current iPad, what kind of bezel will it have then on the iPad 2?

If you visit Reuters they spotted at the Rupert Murdoch’s splashy digital newspaper launch the latest iPad 2, ok it was only a prototype but still good to know that there is still hope for the iPad 2 yet. 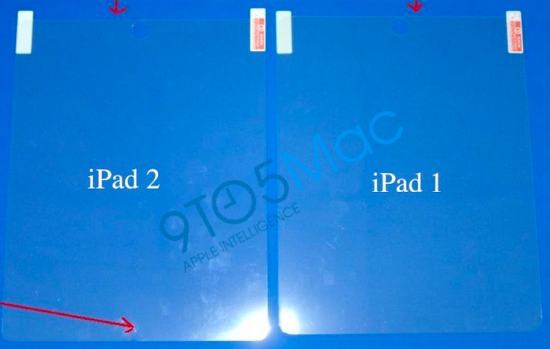 Just for a little bit of talk, do you think the new Apple iPad 2 can challenge the new Sony S1 PlayStation tablet?