According to an article over on Mobiletor, Amazon is now offering the Motorola Atrix 4G smartphone for just $129.99 when signing up for a 2-year agreement with AT&T with a shipping time of usually 24 hours and free 2-day shipping. 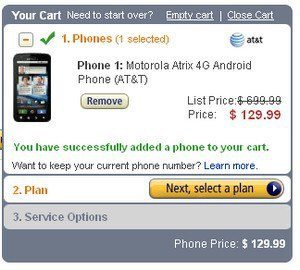