Somehow I think many HTC Thunderbolt hopefuls are getting pretty close to the end of their patience over the ongoing debacle that it the HTC Thunderbolt release date delay. We’ve previously heard several release dates for the device and still no confirmation, and now yet another rumoured date.

According to an article over on Techy Kid, the HTC Thunderbolt won’t see release on the 10th due to the release of the Apple iPad 2 and the release date for the Android 2.2 Froyo Thunderbolt is now moved to the 17th of March.

The news of this latest Thunderbolt release date comes via an article on Sentnation that says ” Verizon and HTC have agreed in principle to a March 17th launch date with an announcement coming this week, likely on Tuesday the 8th.” 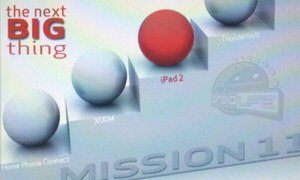 My PhonesReview colleague Mark mentions that the Apple iPad 2 release seems more important than the release of the HTC Thunderbolt, which you can read by hitting up (here).

Obviously just about everything to do with the release date for the HTC Thunderbolt is up in the air and unconfirmed by Verizon or HTC, so it’s about time one of those actually made a commitment to their customers and set the record straight on when the Thunderbolt will be released.

As it stands, virtually everyday a new release date is rumoured, and if this latest one is true then perhaps we will find out later today if the announcement comes.