William from B+ Studio (Independent game developers) sent us an email with a press release for a new updated Windows Phone 7 Baseball Game called Strike Out and we want to give you all the details.

Strike Out! Is a new app that has been updated to version 1.1 and there are some new features that you may like. The email was titled “Strike Out! Use Steroid Mode to Trick Your Friends!”

Strike Out is a baseball game for Windows Phone 7 and it will challenge you and your friends; the question is “Who is the fastest pitcher?” The game has a radar gun within to catch the speed and you need to try and get the best speed. This game now has a hidden feature called Steroid Mode, where you the player can manually choose your pitching speed by simple click on the screen by each pitch; and once you choose for the slowest pitching speed, it will create very funny sound effects. 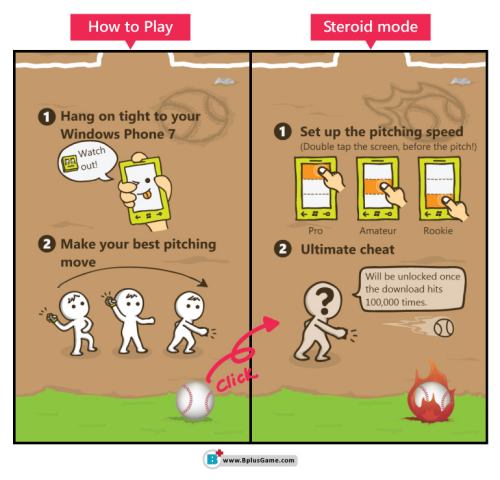 Strike Out version 1.1 Now Features: A very important feature from Strike Out; is scheduled to be released in April. They will be adding more game modes and Easter Eggs for you to enjoy it; you can unlock these goodies through collecting Strike Cap (Coming soon), What are Strike Caps? They are soda bottle caps that can be found in game, Upload your MVP cards to Facebook and much more. 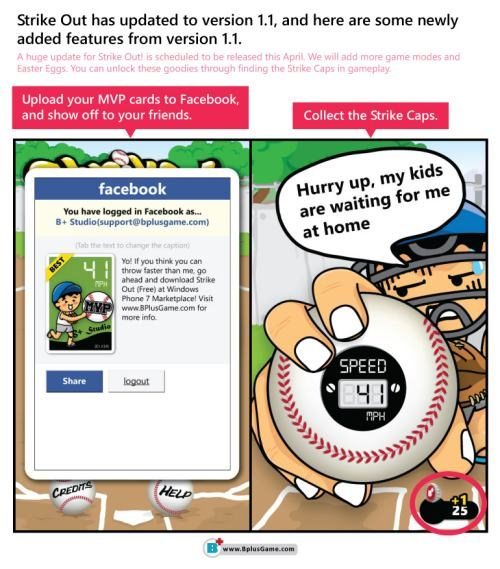 For more information please visit www.bplusgame.com, please do download via Strike Out! Zune, you can also watch the YouTube video below to give you a better idea about the game.