The HTC Thunderbolt saga continues, not only have we brought you the latest news on the not yet released details we have now decided to share with you the all new HTC Thunderbolt app via Android Market.

Do not lose hope just yet because the smartphone will get released sooner or later, ok more later than sooner but hey, this HTC Thunderbolt app is called “vzw htcbolt device showcase” and is on the Android Market right now. Once again do not get too excited because this app is only for Verizon employees to demonstrate its capabilities in their stores.

If you visit Android Market the app page says, “Do not download or install this application, it is intended solely for use within Verizon Stores as a promotional tool.”

This app according to Phone Arena is only in place for store employees to demonstrate device speed, on-board apps, Google services and the 4G network. What does this app mean, is the Thunderbolt going to release Friday 11th? Probably not so sit back, hold onto your head, breathe and wait patiently.

Check the images below of what the app contains, you will notice it features 8 tabs saying HTC Thunderbolt, Included Applications, Productivity, Social Connections, Verizon 4G LTE, Google Mobile Services, Features and Try It. The other image just gives you the main specs and a back button. 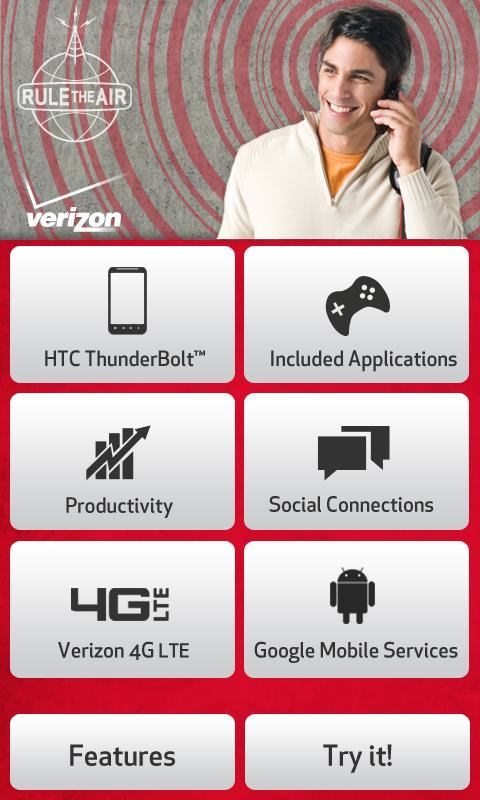 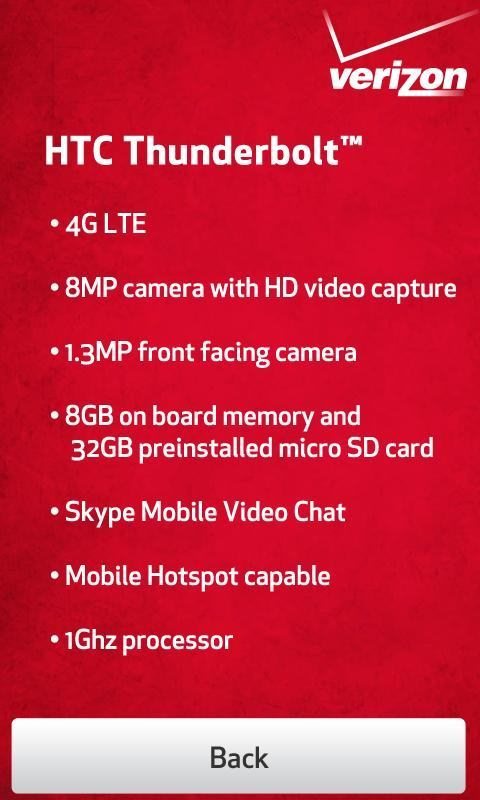