As today is not only St Patrick’s Day but also go grab the HTC Thunderbolt day, I thought we’d bring you a couple of unboxing and hands on videos with the new Android 2.2 Froyo HTC Thunderbolt for your viewing pleasure.

The first unboxing and hands on footage comes our way courtesy of the guys over at Slash Gear and delivers almost five minutes of unwrapping the Thunderbolt and then giving it the hands on treatment and is followed by an HTC Thunderbolt boot up speed test video.

The next unboxing and hands on with the HTC Thunderbolt comes our way courtesy of Technobuffalo and delivers fourteen and a half minutes of playing with the 4G LTE Android smartphone and also does a little speed test.

Both have done a written articles with their video upboxing and hand on footage which can be check out by hitting up their websites, but if you are only into watching the videos you can do so by heading on down and mashing the play buttons.

Now that the long awaited HTC Thunderbolt is out if you grab the device feel free to let us know how impressed or not you are with the handset by posting to our comments area below…enjoy the videos. 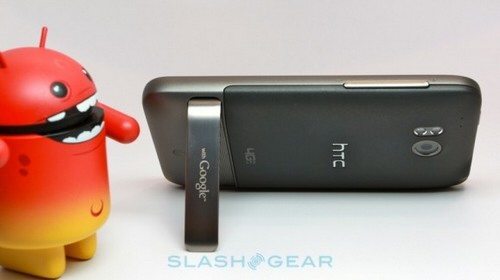 One thought on “HTC Thunderbolt Unboxing and Hands on Videos”