The HTC Thunderbolt has been at the centre of the mobile space grabbing all the attention, mainly due to the long wait for it to be released, and now that is over, but have you ever wanted to know what inspires designers like those at HTC to come up with the HTC Thunderbolt?

Well HTC have now put out a video in which their designers chat about the Android 2.2 Froyo HTC Thunderbolt and what excited them about the device, and we have that video for your viewing pleasure below courtesy of the Boy Genius Report.

The video called The HTC Thunderbolt Inspired By You, lasts almost five minutes and lets the viewer meet those designers behind the HTC Thunderbolt as they talk about such things as DNLA, 4G LTE and of course the inspiration for the Thunderbolt.

There probably isn’t anything in the video that’s not already known about the Android device, but you do get a quick glimpse at the design drawings of the handset, besides, it’s nice to see who the people are behind the device that has everyone excited.

Anyway I’ll leave it there for you to hit that play button and check out the footage, which apparently is the first of a series HTC will be putting out…enjoy. 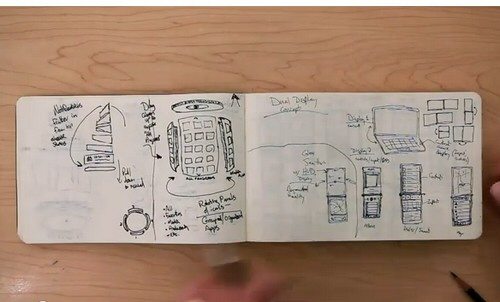