With the UK event of the year, the royal wedding of Prince William and Kate Middleton on the horizon, with all its pomp and flair associated with a royal wedding, and as usual the tacky trinkets and souvenirs will hit way before the big day on the 29th of April.

And it appears that the mobile industry isn’t going to be left out of the tacky souvenirs game as according to an article over on Slash Gear, the Carphone Warehouse has now made available the Special Edition Royal Wedding mobile phone.

The Special Edition Royal Wedding handset is a pay as you go Alcatel One Touch device that has been adorned with the red white and blue Union Jack on its facia whilst on its red rear is apparently Prince William and Kate Middleton’s initials.

Furthermore for the lover of royal weddings the Special Edition Royal Wedding phone comes sporting a customised William and Kate wallpaper along with a special ringtone of the “Wedding March,” and all this can be yours for just Â£14.95, which is roughly $24.

Personally I think this kind of thing is beyond tacky, but no doubt there are those out there that would fall over backwards to have this kind of memento, are you one of them? 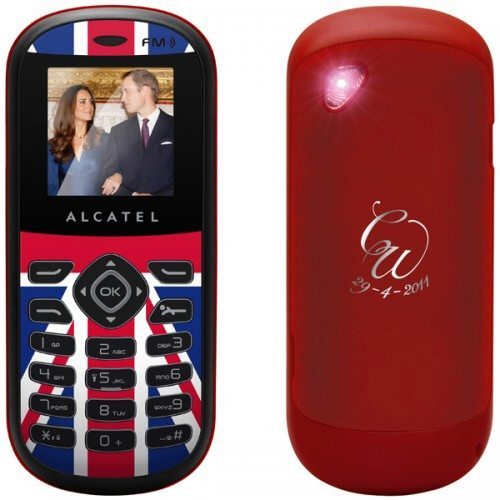