Well now, it appears that the good ole US of A is about to gain their first 3D smartphone and with support to play nice on 4G, as the word is AT&T is to gain the LG Optimus 3D with the new name of the LG Thrill 4G.

According to an article over on Gizmodo, the AT&T bound LG Thrill will launch sporting the Android 2.2 Froyo operating system but will be upgradeable to Android 2.3 Gingerbread as per Optimus 3D.

The HTC Thrill 4G will of course deliver 3D glasses-less 3D experience the same as the LG Optimus 3D with its 5 megapixel stereoscopic dual camera and will sport a 4.3 inch touch screen and 1GHz processor and will offer 3D contend through the “LG 3D Space”, and HDMI and DNLA support.

Jeff Bradley, senior vice president, Devices, AT&T Mobility and Consumer Market has said, “AT&T customers know that we offer the best lineup of cutting-edge smartphones in the country. Our first 3D phone plus a new, leading Windows Phone underscore our commitment to continue to offer the best.”

No word on just when the HTC Thrill 4G or HTC HD7S will see release or what price tag the smartphones will command. No photos available of the LG Thrill 4G yet but should resemble the LG Optimus 3D as shown. 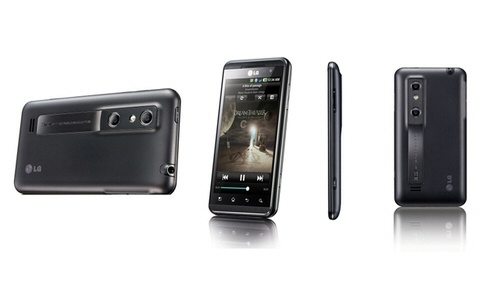